On May 16, 2022, the Netherlands Enterprise Agency (RVO) announced that the GROW project SIMPLE-IIB has received a HER+ subsidy.

In the SIMPLE-IIB, we are going to take important steps in the development of Vibrojet® installation technology. The Vibrojet® is a combination of a jetting tool (Jetgun) and a vibro hammer. The Jetgun, attached at the bottom of the foundation pile just above the pile tip, reduces soil resistance by jetting water on the inside of the pile. Vibrations are added by a conventional vibro hammer.

In this project, we design an improved Vibrojet® prototype and use it to test its lateral and axial load bearing capacity in the SIMOX project. In addition, we want to finish a working Vibrojet® prototype that we will then test offshore in the SIMPLE III project, which is envisioned to be also a GROW project. We will also use the results of the laboratory and field tests to validate our models, calculations and research results in general.

Furthermore, we are going to make production drawings for the full-scale Vibrojet® prototype. This prototype will be manufactured and tested in the SIMPLE III project, currently planned for the summer of 2023. And we are also going to make a full-scale cost analysis of the Vibrojet® technique for the specific soil with sand or clay. Our aim is for the Vibrojet® technology to be ready for certification by DNV in 2024 and commercially available in 2025.

The partners of this consortium are: CAPE Holland, Deltares, DEME Offshore, Eneco, GBM Works and Shell. 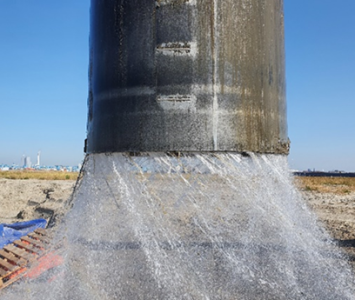 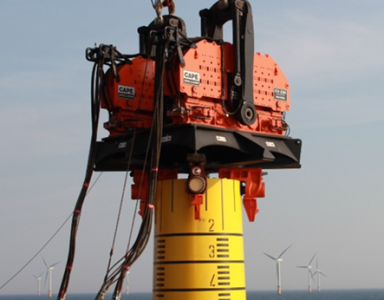 Vibro technology of CAPE Holland at the top of the pile